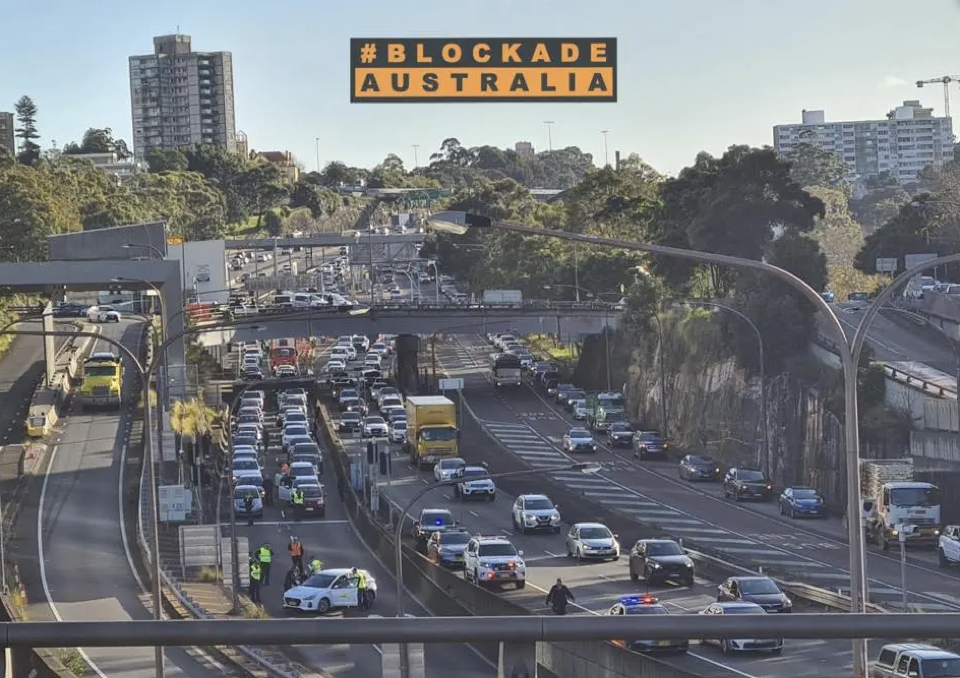 NSW Police have imposed bail conditions on at least one Blockade Australia activist that would prohibit the use of encrypted communication apps such as WhatsApp and Signal. NSW police also imposed conditions forcing the activists to hand over any communications device to police and provide passcodes upon request.

“These bail conditions are deeply concerning and a huge overreach. Everyone has a right to privacy and that includes the ability to communicate securely using popular messaging apps,” said Tom Sulston of Digital Rights Watch.

These excessive bail conditions were imposed after armed police preemptively raided a private property where individuals linked to Blockade Australia were camping.

NSW Police possess technologies that allow them to access and copy information from Australians’ locked devices. They seized more than 40 such devices during these raids.

“These actions come in the context of draconian new anti-protest laws and disproportionate crack-downs on the right to protest. Increasing surveillance against organisers and activists is a threat to our democracy. We must not let these powers go unchecked,” Sulston added.

“Police have a lot of discretionary power to set bail conditions and it’s unsettling to see them try to push the envelope like this. The power to seize and search a phone on demand is extraordinarily violating and obviously intimidating.”

Digital Rights Watch has also been made aware of an incident where an individual who was simply near a location thought to be connected with Blockade Australia activities has had their phone seized by police. The police made a number of attempts to guess the passcode before handing the phone back.

“We should all be worried about the increasing repression being deployed against peaceful protestors. Our freedom to organise, protest, and engage in our democracy is under threat from the police increasing surveillance and our politicians granting them the powers to do so. We have to reverse this trend before we get to a seriously worrying and authoritarian place,” said Sulston.

Digital Rights Watch understands that these police-imposed bail conditions are being challenged and may be overturned by a Magistrate.